Revised LiveJournal entry from 2007.  After my first spanking from a spanko, I recounted the story to a friend online.  That dialogue has been edited to read more like a journal entry. 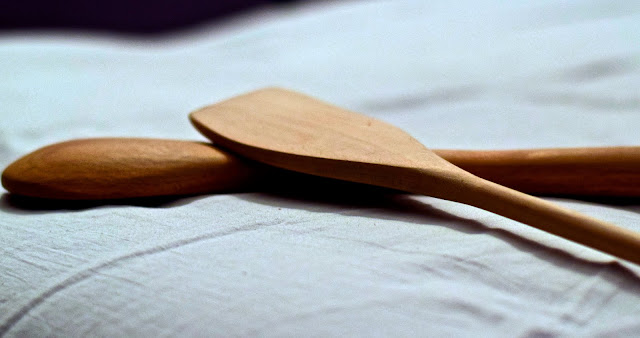 My First Spanko-Spanking
by Breanna Carter

Friday night while on vacation with my vanilla friend, I was f-ed up to the max, and I was debating on whether or not to tell her that I'm a spanko.  Eventually I was like sure might as well, so I did.

And then I told her: "the guy I told you about that lives here in Texas... he's into it, too."

She kept bugging me about it, though, and I made up all these excuses, like that I didn't have his number, to which she responded that we could go to her friend's house (who I absolutely HATE) and use his laptop to log onto messenger (this was back in the day before smart phones!). I declined.

She finally bugged me enough to convince me to call a friend to get onto my messenger account and ask him to call me.  Of course he happened to be online when she messaged, and much to my surprise, called me that night.  We talked for a few mins and I told him that I wanted to meet up and he was like cool I'll call you tomorrow and we'll discuss details.

The next day I totally regretted it and my friend was laughing at me and excited because I was going to get my fetish "completed" (as she put it).

The guy and I agreed to meet at my hotel around 7pm, and beforehand, I would take my friend to her friend's house.  I was actually running late to meet him and he called me as I was driving back to the hotel by myself and said we needed to discuss some things.  First that I was getting a discipline spanking, but he needed to remember why (lol).  Which I'm sure there were a lot of reasons, but the only thing I mentioned was the previous night's drug usage, and even then I asked do we really hafta for drugs?? and he said yes.

And then we talked about a safeword which I declined because I wanted it to feel like a real punishment.

So he told me to write down all of the things I need to be spanked for and we would discuss them when he arrived to the hotel.   I was nervous as hell, and only wrote down skipping class and procrastination on my list before he knocked on the door and scared the shit out of me.

At the same time, I was texting my friend who wanted to know what was going on (I was like "I'm fine, he's here, leave me alone." And she said "is he a next??" because we'd been watching that tv show all day hahaha... and my reply was "no he's cute, but really skinny. I gotta go" then she texted me again so I had to tell her "SHUT UP i'm busy!")
Anyway, he came in with a bag and sat it down on the table and then said "I'll be right back, just have to get something out of the car and wanted to make sure this was the right room."

It makes me nervous thinking about all of this again.

So I sat back down and was finishing up texting and writing and he came back with a stick/fake cane? and closed the door behind him. I sat there watching him because I was nervous and he apparently had just bought the stick so was trying to tear the tag off of it.  And I was just staring  awkwardly, so when he looked down at me he said, "did you finish your list?" and I said sorta.. I didn't describe the procrastinating, but it's a bit self-explanatory anyway.

He took the list from me and read what I'd written... I'd said something about how I'd skipped so many classes in orchestra that I got demoted... and he asked if that was all I needed to be spanked for besides drugs and I said yes.  He also said that during the punishment I would address him as "sir" (big eye roll --  he's only like 23).

Then he asked: "why are we here today?"

I wanted to say, because I'm on vacation!  But maybe being a smartass wouldn't be a great idea... "Because of skipping class, procrastinating and doing drugs," I muttered.

"And what happens when you do those sorts of things?"

That wasn't good enough for him, so he asked, "and how do you get punished?"

And I said "a spanking" which was torture to say out loud!

He started the spanking over my jeans, which was almost pointless because it lasted a whole 1 minute.  Then he unbuttoned and unzipped them and made me take them off, then he put me back over his knee and spanked over my panties for a little while, then pulled them down and spanked on the bare for a little while.

Then he stood me up and got me to take my panties completely off and I think spanked me a little bit more, on my thighs and everything (ouch!).  Afterwards, he stood me up and escorted me to the corner where he made me put my hands on my head.  Once I got there he swatted me a couple of times and lectured me... leaving for a sec only to come back and say that the next part of the spanking would be with the wooden spoon and he was going to let me think about it while I was in the corner, then he smacked me a couple of times... and that thing *hurt*!... I so wasn't expecting it to.

Anyway, so I was standing in the corner nervously, waiting for him to let me out, dreading the wooden spoon since I'd never been spanked with one before and he wasn't going easy on me.  He eventually let me out of the corner and had me kneel on the bed and he spanked me with the spoon a few times on my ass and it hurt like hell... and then he had me bend over the bed and he spanked my thighs and it was KILLING me and I kept lifting my feet and once actually ended up falling over on the bed to avoid the punishment haha.

When he finished with that he decided it was time to spank the front of my thighs (but only with his hand), another first for me.  oh yeah, the fronts of my thighs KILLED me... he also spanked my inner thighs, too.. but it got even worse later...

And that was my spanking for skipping and procrastinating.

He put me back in the corner and told me to think of how I would apologize to my orchestra professor for skipping so many classes and "more than just I'm sorry."

So I was standing in the corner not really thinking about how I'd apologize, but when he let me out by asking "have you decided how you would apologize?" I said yes anyway and then nervously stood in front of him thinking on the spot at how I would actually apologize.

And then he told me he was going to spank me for the drugs.  He started out over his knee again with his hand, may have added the wooden spoon, details are fuzzy because I was in so much pain.  He spanked me good for a little while, then bent me over again and spanked my thighs and inner thighs, and then put me on the bed again to spank my legs.

Ohh, and at one point, he was going to give me 4 swats with the cane thing, but it broke after the second whack hahaha. It was really funny (#FunnySpankoMoments).

Then he said that he didn't know how I felt about mouth soaping so he'd give me a choice of either doing that (for lying to get a doc's excuse) or another spanking.  So I chose soaping because I'd never had it done before and wanted to see what it was like.  He escorted me towards the bathroom and tore the paper off of the tiny bar of soap, washing it off then shoving it in my mouth.  He left it there for a minute then washed my tongue off and it was so f-in nasty... he finally let me spit some of the taste out, but then put the bar back in my mouth and had me stand in the corner, facing him this time to make sure the soap stayed in.  I was so glad he didn't spank me with the soap in my mouth like happens in some stories hahaha.  I can just imagine the soap flying across the room!

I was thankful when he let me spit the soap out and rinse my mouth because that shit was soooo f-in gross.

But then he had me bend over and touch the floor right there in the bathroom as he spanked me some more (which I'd thought it was over, but apparently I'd thought wrong). He only spanked for a minute or two and then had me go back to the corner and he saw my hairbrush sitting on the counter by the sink.  Why hadn't I put that away??

Naturally, he grabbed it and bent me over then spanked me with it hella hard... and he was spanking my thighs and inner thighs REALLY hard and that was killing me. Then he did the fronts of the legs again and really had to restrain me for that one.  He ended by putting me back over his knee and using the wooden spoon again (because it was more "effective").

After he finished spanking me, he sent me to the corner a final time then told me it was over and I told him I wouldn't do drugs or any of the other stuff again (yeah right) and he said the punishment was over and I could do whatever.  So I put my clothes back on and sat down next to him and then we awkwardly hugged.