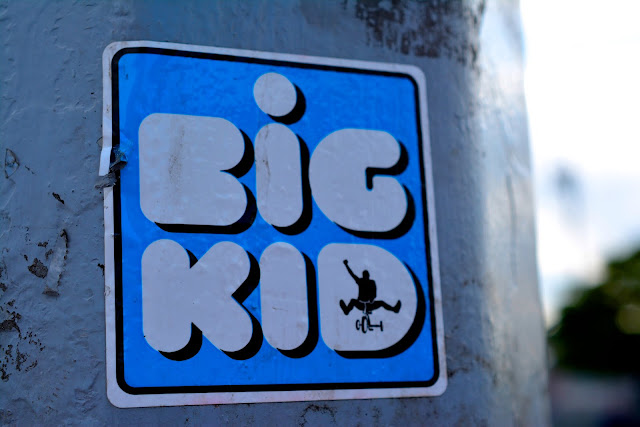 Do you ever write anything non-spanko? Tbh I feel like there's enough non-spanko material out there.  The spanking fiction world is where I belong <3

When did you start writing spanking stories? When I was 16. I got a job over the summer and stayed with my grandma and no mom. I stayed up all night writing, slept all day, then went to work when I woke up. Those were the days.

Which character do you most relate to? Hmmm... from my old stories, probably Danielle... I hadn't originally planned for she and I to be so much alike, but looking back on it, yeah, we are.  From my newer stories, I'm probably most similar to Molly and Toby.

Which stories are your favorite?  Senior Skip Day, Exposing the Liar, Camp Counselors in Trouble, Not Normal, Peer Pressure, Chemicals, Liar Liar Pants on Fire, and the Back on Track stories. I'm also really proud of the Molly ebook, which you can see an excerpt here.  I really get into stories where the girls have gone waaaay too far, and really earn a good spanking. To me, those are the best. But I don't have a particular favorite.  2020 update -- Starting Over is now my favorite series.

How close are the stories to real life? Ummm... I plead the 5th :)  Most of my fiction stories are loosely based off real-life events, but way dramatized.  My real-life stories are, of course, 95% real... the other 5% is what my stoner memory made up.

If you could be any of your characters, which would it be? Honestly, right now, none of them.  I can stick with just writing.

When are you going to write another Shannon story? Ehh... it's very likely that I won't... BUT, you never know... maybe I can give Shannon a makeover like I did for Molly?

Are Ashton and Bri going to get together? We can say yes, but I'm not sure that I'll write about it 🤔

Do you have any ideas for a new series? Right now I'm focusing on Starting Over and will probably use these characters for a while.  I had planned a series about Violet when she was 17 and may work on that at some point.

Were you as bad as your characters when you were in high school? Hahaha... no... but after high school I've been as badly behaved as some of the characters :P

Were you spanked as a child? Not really. I grew up in the south, of course, so spankings were not unheard of. I was swatted a couple of times, and if I was ever actually spanked, I don't exactly remember it. The closest thing to a spanking I ever got was a couple of whacks with the belt when I was 11 because I slapped my mom (she had it coming lol). That's why I wrote the Patrick story.

Do you think you'll spank your children? I'm not having children... but this is usually a question of whether or not I think it's fine to spank children, and the answer is a firm no.  It's not okay to spank kids under any circumstances.

Did you know anyone who was spanked, or did you ever see anyone get spanked? I did see a friend get spanked when I was about nine years old, and I wrote about that in the story Sneaking Out.

What's the thing you need to most be spanked for? Hmmmm.... hard to narrow this down to just one thing.  We'll say procrastination because it's easy and obvious.

What's your favorite position? OTK, of course. And lying down on the bed.

What kind of spankee are you?  Figuring out who I am as a spankee is a never-ending process... but I took this quiz on bdsmtest.org and came up with these results:

Do you want to be spanked, and how? I get spanked as often as I would like :)  My interest has definitely evolved over the years, and I've learned that what I'm into is spankings that I kind of ask for.  It can still be "punishment" (because I won't dictate the way the spanking will go), but I have to agree that I've "earned" it.  I'm not into tops or doms telling me what to do if I morally disagree with them.

Can consensual disciplinary spankings actually work to correct behavior?  Ehh... sort of.  In my experience, it depends more on the willingness to change behavior than the spanking itself.  You can spank me all day every day for smoking weed, but I'll just find a better way to hide it from you.  But when I was ready to quit smoking cigarettes, it only took 2 spankings and the promise of another for me to give my pack away and kick the habit.

What's your favorite spanking fantasy or roleplay? Hmmm, it fluctuates... I find that I often fantasize about getting caught smoking weed (by an older brother figure, of course).

What's your favorite part of a spanking? The part right before, the anticipation, the scolding... the build up!  Okay, and also feeling it afterwards <3

When did you realize you were into spanking? I've always been into spanking.  It started out as an interest in M/m because I always heard of boys getting spanked.  I was in 5th grade when it evolved to M/f.  And I was about 14 when I realized that I actually wanted to get spanked.  I even have embarrassing journal entries from back then to remind me.

Do you have an older brother? No, I'm an only child

Are you really an atheist? Yes, and anti-religious.

Do you self-injure? Not anymore

How did your whole "older brother" thing get started?  When I was a kid, I always thought about being spanked by a dad-figure (or a principal haha).  My mom got married when I was in middle school, and I had to move schools and change friends and I felt so alone for the first time in my life.  Part of it is because I was a pre-teen and going through that "stage" (as the adults call it)... but part of it was because of all the changes and not having anyone to listen to me or understand me when I really needed it.  That's when I started developing this desire for a sibling, particularly an older brother who understood everything I was going through, but didn't excuse it.  An older brother who would listen to me, agree with what I was saying, but tell me that my behavior still warranted a spanking and he was going to give me one.

So did you ever find that "older brother" you were looking for?  It's complicated.  Yes and no.  I'm a dreamer and nothing is ever good enough 💔

Why don't you update more? My inspiration and motivation come in bursts.  If anyone wants to edit, I have a shit load of Allie & Natty stories that need to be revised (it's hard to write about kids now... I'm too old).
Does that mean you're not going to write anymore teen stories?  And are you going to delete the old ones?  I'm not sure about writing more teen stories, but I won't delete any of my old stuff.  It does feel weird to have the non-consensual stories on the same site as my newer ones, so if you have ideas about how to organize the mess on here and my website, please let me know because it's too much for my brain to handle 😫

Will you write a story for me? At this point, it's unlikely.

Anything else? Comments and page views really keep me going!!... so please, if you like something, even if it's just an anonymous comment, or a "like" to the post, I really appreciate it :)  I also appreciate all of the fans who have been here since the beginning.

how do you post a story on here? do you have an email address to send it to or something?

but you post other people's stories too right? or did you write all the ones on here?

I still really hope you write more Molly / Stabler girls stories...I absolutely love them. I check your page whenever I can (my parents would kill me if they knew I read spanking stories) to see if you post more of those stories. I love all of your stories, but Molly/Stabler girls are the best :) Thanks! -Fan

Hey I love your stories nd I was wondering if youre planning on continuing them? Especially the bri/Terrance and Ana/Ashton! Thanks!!

Hey--- I just recently found your site and I have read all the story's in a matter of days-- Absolutley love them!!!! X

I found your stories a couple of years ago and just recently came across them again. I love reading them, my favorite being the Bri/Terrence stories. I just want to let you know that your stories are amazing and I enjoy reading them over and over again. Keep up the fantastic work. =)

Hey I just wanted to let you know that I believe you have amazing talent in writing. I found your site a year or two ago and have been addicted ever since. I absolutely love the stabler series. I would love for you to update more but I understand time is the enemy of us all. Anyways, please keep writing and posting.