Starting Over: Violet's Weekend with Toby (spanking scene only, M/F) 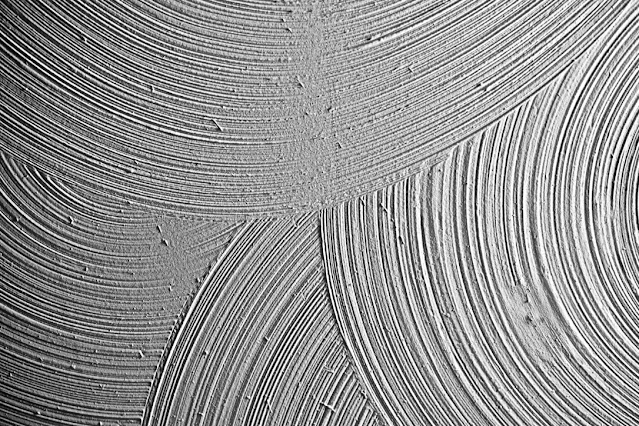 Spanking scene from Starting Over.  This is from Chapter 17.

“You seem much better tonight than I’ve seen you in a while.”

“Yeah... I feel almost... happy.  Whatever that means.”  I was squirmy as I sat on the sofa, calm considering how much I wouldn’t like the ‘talk’ we were about to have.

“You know what comes next.”

Biting my lower lip, I maintained eye contact as I nodded, ignoring the flashback of the awful punishments I’d received from Toby in the past.  “Time to clean the slate,” I mumbled.

“The implements are inside the ottoman.”

That was my cue to choose his weapon.  The ‘illusion of control’ as he called it.  Whatever I picked I’d have to justify, so I either had to read his mind of what he was expecting or turn up my bullshit-o-meter full blast.  And if I made an okay implement choice, he would remind me I didn’t have any control past that.  Not even a safe word (but it’s not like I’d use one anyway).

I pushed myself up and opened the ottoman, digging through the implements.  Even though Gabe had punished me plenty the last few days, this was different.  It was like going to confession.  I’d repent and be forgiven.  Afterward my aura would be cleansed, and I’d commit to working towards my goals, no transgressions or guilt holding me back.  The punishment had to be powerful.  The climax of everything I’d experienced over the week.

My gaze gravitated to a bamboo paddle, the implement of Toby’s I hated most.  It doesn’t appear brutal, but the stingy-thuddy mixture makes for super unpleasant spankings.

I picked it up and took it back to my friend, keeping my hair in front of my face so I didn’t have to look at him.  But because I was so in tune with my emotions, I could sense his surprise and... hmm... was he proud of me?  It’s an unfamiliar feeling since I’m a fuckup, but still recognizable.

“On the bed, diaper position.”

His penetrating glare made me shiver.  Worst position ever.  And the instructions were vague enough to keep me guessing and nervous about screwing up, so I fully undressed.  As I discarded my underwear, goosebumps covered my body, silently hoping the punishment focused more on physical pain than verbal.

Without waiting for more direction, I crept towards his made-up bed.  A deep breath steadied my trembling frame as I sat, looking up at him.  My tough exterior had been chiseled at throughout the week, and Toby had hammered the rest of it away.  All that was left was vulnerable little me.

My hesitation prompted a slight crease in his forehead, so I scooted back and lifted my feet into the air, wrapping my arms around my legs.  I stared up at the ceiling, getting very familiar with all the intricate details on the white surface to distract me from the embarrassment and discomfort.

But then Toby came into my line of vision.  “First, summarize the important points from today.”  He placed one hand on my heels, resting the paddle on my bottom.  Same flat expression that he always wore.

“Do I have to?” I whined, turning my head to the side.

“Look at me, little girl,” he scolded, swatting me and getting obedience right away.  His peeved face was much more gentle than I deserved, but his tone was strict.  “This is your life, Violeta.  It’s not a game.”

I resisted an eye roll, focusing on the memories that popped up in my mind from our earlier discussions.  “I should meditate all the time, even if it’s fucking boring.”

He didn’t humor me with a verbal response, thwacking the paddle down again to make me squeal, then stared at me hard.

So I continued, doing my best not to cower from his intense eye contact.  “Anger and jealousy trigger urges to do self-defeating behaviors…”

“... And to prevent relapse, I should find shit to do on the weekends.  Yo, we should def plan a vacation.  I heard Gabe has a sweet crib on Long Island… The whole group could...”

“Sorry.”  Submissiveness.  What an odd emotion.  “Ummm... what else.  If I’m triggered, I should hang out with a good influence friend, and I should stay away from Dominic’s... Ay!” I shrieked with the next paddle swat.  “Damn so many fuckin’ rules.”  I closed my watery eyes, allowing gravity to let the tears slip down my cheeks.  When I finally opened them again, Toby’s face looked a little softer, more kind.  But still an intense gaze.

“Tell me the goals you’re working towards.”

“Pay off all my debts.”  I allowed my heavy body to sink into the comforter as I thought about having to make amends with all the people I’d stolen from.

Now he popped the paddle down a few times in quick succession so that I started kicking a little with my cries.

Then he stopped, allowing me to speak again.  I panted, straightening my position for him.  “And I’ll go back to therapy and work on coping skills or whatever, so I don’t get raging bitch or fuckin’ crazy every time I’m triggered.”

Cue the next flurry of hard paddle swats.

“And figure out what to do with... my life.”  With the following round of smacks, I let out the rest of my emotions.  They came to the surface too easily since I’d been crying most of the last 24 hours.  There was no use in trying to bottle them up anymore.

Toby stopped for a moment, hazel eyes boring into mine.  He rested the paddle on my bottom, ready to strike again.  But then his words surprised me:  “Two weeks moving towards your goals without drugs or reckless spending, and I’ll agree to a weekend at Gabe’s bougey beach house.”

My mouth dropped to ask if he was serious, but then the hardest flurry of swats came down.  The loud pops echoed through his large bedroom and I tried my best to hold position, squeezing my hands together so I wouldn’t get my fingers hit.

“After this punishment,” he began, swatting every so often for emphasis, “you will release the guilt you’ve been holding onto.  Guilt for using again and being aggressive, but also the shame about not going to see your father.  Look at me,” he demanded when I shut my eyes, stopping the spanking for a moment.  “You were a child when they were taken away.  It’s natural you were angry... that was the only way you knew how to deal with it.  And now you’re an adult.  Now you’ll let that anger go.  Got it?”

I nodded.  “I’m sorry for being a shitty friend and breaking my promises to you,” I bawled.

He landed a final hard swat and said, “You’re forgiven, Violeta.”  The paddle fell to the bed and Toby gave me permission to drop my legs, then helped me to sit up, allowing me to fall into a side hug.  He squished me into his body as I cried out the rest of the tears inside me.  All the rage that had been present now washed away, leaving me with only hurt and disappointment.

Once my cries subsided a bit, I took a deep breath and Toby spoke again.

“It’s imperative that you don’t forget your goals, so along with earning a clean slate, we’re going to make sure you move forward.”

I groaned but let him lead me to his desk, instructing me to sit.  Then he flopped a spiral notebook in front of me.  “Fuuuuuck.  Can’t believe you still have this.”  Thumbing through the pages I half-read the repetitive rows of positive behaviors that Toby had tried to instill in me throughout our friendship:  arriving on time to work, completing homework assignments, getting a full eight hours of sleep.  Ha.  Some things never change.  Nostalgia swept over me with an aura of gratitude to have his support all these years.

“Today’s lines will be your goals.  One page for each goal so you don’t forget.”

“And we’ll go on vacation in a couple of weeks?” I asked with still-teary eyes.

He cracked a slight smile.  “As long as you do what you’re supposed to.  We can discuss details at the next meeting.”

“I think you just wanna make the moves on Clo,” I teased with a sniffle, flipping to an empty paper in the notebook.  In my most beautiful penmanship, I wrote:  I will pay off all of my debts.  Then the next page:  I will return to therapy to work on coping skills.  And finally, the last:  I will figure out my career.

There they were.  All set and ready to execute.  With a yawn, I noticed a positive emotion:  determination.

I will reach these goals and show all those motherfuckers that nothing will stop me.