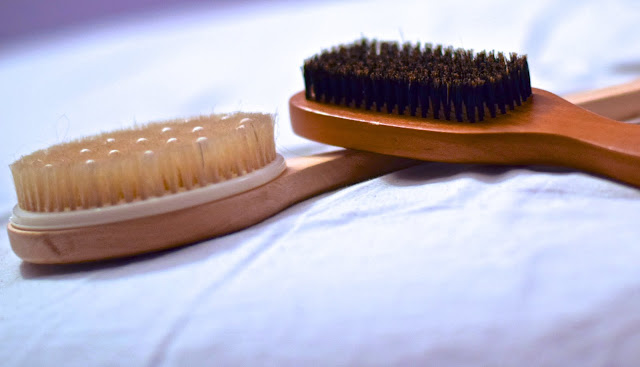 At work I played this cheesy game with a kid. It's allegedly a "therapeutic" game, like where you answer random questions about yourself. Of course I drew the question: "What is the worst punishment you've ever gotten? What were you in trouble for? Did you learn your lesson?" Naturally I blushed profusely and tried to think of a story, but ended up avoiding the question and moving on to the next one.  I decided, instead, to write about it and post it here :)  This is a true story based on what my stoner brain remembers.

Worst Punishment Ever
by Breanna Carter

The worst punishment I ever got was a bathbrushing/paddling from a guy I met when I lived in NJ. By looking at him you wouldn't know he was a hard spanker -- he was older, medium build, kind of short. He was a nice guy when just chatting, not someone that I became super close to, but fun to talk to every so often. He only punished me a couple of times because his punishments were so harsh and he pushed the limits (it's okay, that's what I was looking for at the time).

I remember one time that I got into a looooot of trouble. A spanker friend of mine that I talked to a lot had been on my case about school work... the fact that I procrastinated and skipped class and had my sleep schedule all fucked up. There was one day that I skipped a class to finish a paper that was due, and as I was sitting in the school cafeteria revising my work, I was also on yahoo messenger. My friend saw me online and for some reason I told him all the trouble I was up to. He was FURIOUS. I don't remember exactly what he said (this was like 6 years ago), but I do remember the butterflies in my tummy, and the way his words caused knots to form in my throat, and my heart rate to speed up. He told me that he was going to make sure I was punished effectively for this, and to let him know the next time I'd meet up with the hard spanker.

When that day finally came along, I also had to admit to both the hard spanker and my friend that I'd lied to them about something, hence the reason I got the bathbrush and paddle. I remember that the spanking didn't last very long -- I only received about 40 swats. The first half of the spanking was what the hard spanker felt I deserved, and the second half he was doing on behalf of my friend.

The first 10 swats were with a heavy wooden bathbrush. He sat down on one of the dining room chairs and made me take off my pants and panties while standing in front of him -- how embarrassing! Then he took my wrist and helped me over his lap. The nervous anticipation was building in me... I knew this guy was going to spank me soooo hard and there was nothing I could do about it by this point... I'd already agreed to the punishment...

He lifted the bathbrush and brought it down 10 times fast, using what felt like all of his strength. At this time in my life, I could take a pretty hard spanking without squirming too much... esp when I'm so embarrassed! I'm also usually hoping to be the tough girl, the stubborn adolescent anarchist who can't be broken. So those first 10 made me squirm and yelp and howl and cry out, but when they were over not a tear had fallen from my eyes.

For the second part of the punishment he had me bend over the coffee table to receive 10 swats with the paddle. I had this nearly indestructible, high-density plastic, wicked harsh paddle, so I can assure you he did not use all of his force during those 10 swats. By the end of it I was definitely begging him for no more.

But he still had to do my friend's half of the punishment. As you can imagine I was cursing him in my mind.

The third part of the punishment was 10 more with the bathbrush... this time, leaning over the couch. I squirmed like crazy and he had to grab a hold of my waist, holding me down so I didn't fight too much. My eyes were still dry, but my ass was on fire.

Finally, the fourth and final part of the punishment. At this point he told me to message my friend... I even remember, at the time I had a blackberry phone, and chatted with him on blackberry messenger. I can remember the ding of the phone as I told him I was about to get the final 10 swats of his punishment. My friend scolded me via text, telling me that he was disappointed in my behavior and that if I didn't cut out all of the procrastination, bad sleeping habits, and lying to him, it would be much worse for me than just a spanking. (Ha! just a spanking... if he'd seen the intensity of what I'd gotten I'm sure he'd say it was more than "just a spanking"!)

Those last 10 swats were the hardest of all. I remember that I was bent over the arm of our chair in the living room in the beginning, but I was squirming and fighting so much that I ended up on the floor with my red battered bottom sticking up in the air. By the time he got to the 5th swat I was howling and legit crying, tears streaming down my face and me apologizing profusely for having behaved the way that I had. I begged and pleaded for him to stop the spanking, promising that I'd be a good girl, that I wouldn't procrastinate or skip class or do anything wrong again. He wouldn't go back on his word, though -- he owed me all of the swats that he'd promised my friend he would give me.

The nice thing was that he eased up on the last of the swats. He followed through on his word, but felt empathy for my suffering.

I was a mess, though. I couldn't sit down comfortably for at least a week, and I did behave for a bit, so I guess I did learn my lesson, sorta. The weird thing about being a spanko is that sometimes it seems like we never learn our lesson...
By Breanna at July 27, 2017