A real LiveJournal entry I wrote in 2010 about a time that I tried to quit smoking.  Names have been changed. 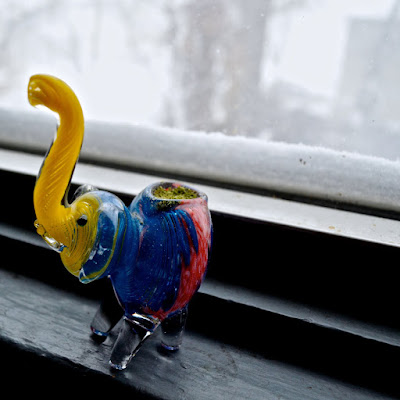 The Time I Quit Smoking
by Breanna Carter


Leo is anti-smoking [weed] (he says I'm going to get cancer and die when I'm 50 lol). So I agreed to either not smoke or accept my punishment when I do... without permission anyway. He told me that next weekend we would talk about it, and that I can smoke maybe once a month.

Anyway, we have kind of a rocky relationship because I don't really like his online personality that much... he's kind of annoying. And the other day I kept pestering him about allowing me to smoke and it made him super mad because I wouldn't shut up about it. And then things got a little better, but on Friday we got all pissy again because he was like good morning, wake up, have a shower, eat some breakfast, get your day started. and i was like okay but i'll shower later 'cause i'm going to the gym. and i guess it came off as bratty or something, and he got mad, and then i got mad that he was mad, and we ended up not talking.

So my other friend sent me a monetary gift in the mail as a super late birthday present, so I decided that it was time to buy a new pipe. I had been almost 3 weeks without smoking and I was tired of it, so I did it. I went to the pipe store and got this amazing green pipe with a 3 leaf clover on it hehehe. then i came home and asked my roomie's brother for some weed, and he said that the person didn't get off til 11pm.

So I'm in my room, minding my own business, and at 1130 he knocked on my door and handed me the small bag. I was super excited, turned on my light, sat cross-legged on my bed and dumped the weed onto a hard surface to get it ready to smoke. As I was doing this, I heard a commotion downstairs.

As an aside, I do live in a not-so-great neighborhood, and my roomie had just recently told me about how this woman got robbed at gunpoint right by our house because she didn't want to pay her drug dealer. So when I heard the noise I got a little scared. Feeling paranoid, I hurriedly turned the lights off and dumped my weed back into the bag and then heard my roommate come into the hallway and start yelling "What the hell is going on?!?" And then a few minutes later, she said "call the police"... and then "get my gun."


Sooo yeah, I was totally freaking out by this point. I hid my weed and pipe and was shaking like crazy... I just *knew* that it was my fault because I'd asked for the weed. So I texted a friend, who didn't answer, then texted another friend, who also didn't answer, and they're like my most comforting people. Well, Leo has quickly become number 3, so I decided to text him because I knew he would at least offer me cyber hugs. He messaged me on messenger and everything just spilled out -- the pipe buying, the weed, the intent to smoke. Ugh, and as you can imagine, he wasn't very happy with me. Which is probably an understatement. He did offer me the cyber hugs, and said he wouldn't scold me, but told me that he would be spanking me as soon as possible, and that I would be kneeling in the corner nude (a punishment that I'd agreed to even though I hated the idea of doing it).

The cops eventually came, and I didn't really figure out what'd happened that night, but my friends helped calm me down enough to sleep. (I learned the next day that the commotion had been because my friend's brother had just gotten into a fight with this guy... who then came to our house to beat him up... idiot. But at least it wasn't a drug deal gone bad lol... totally not my fault!).

Anyway, so Saturday I was really subdued... I no longer wanted to smoke and took my pipe back as Leo had ordered me to, and everything between the two of us was a little rocky again. But Sunday I was kind of peeved about the whole nude corner time thing, because I hadn't smoked, and I figured that if I was going to get punished as if I had smoked, I might as well have smoked. And I expressed this concern to Leo, who disagreed, and got mad at me again. And then I got mad that he was mad, because when he gets mad he doesn't talk to me, and that's so fucking annoying. I mean, I understand it because sometimes it's better to just not say anything than to blow up at someone, but geeze, he gets mad entirely too often to ignore me every time! So whatever, I got mad at him, and decided I was going to smoke anyway because I still had my weed. So I made myself a pipe out of aluminum foil and smoked.

Ugh, and my other spanker friend scolded me pretty good, made me feel like shit. Because I was whining again about how I shouldn't get the nude corner time since I hadn't smoked... and he went off... telling me how I had agreed not to do it, had agreed to accept the consequences, and then I had gone behind Leo's back, bought a pipe, bought marijuana, and had every intention of smoking and only didn't because of the events that occurred that night. So yeah, Leo had a right to be mad. And wow. I got really quiet and almost wanted to cry.

So Leo and I were supposed to meet on Monday, but we weren't able to because he had to work, so we agreed to meeting on Wednesday instead. I had been seriously debating as to whether or not to tell him about the smoking. I really like Leo, but I was confused... I didn't know if I wanted to accept the consequences for smoking every time, I just wanted to give up the whole relationship because I was irritated that he always got mad at me, and I wasn't sure if I had enough trust to really let him have that much control over my actions. It's really hard for me sometimes to let people help me... and while I *do* want to stop smoking, part of me *doesn't* want to stop smoking. And I keep having conflicting thoughts about it, because part of me doesn't think it's that big of a deal, but part of me knows that if I get caught, I will really and truly fuck up everything that I've worked for. So meeting on Wednesday gave me the advantage of figuring out whether or not I wanted to tell him.

I finally decided that I would. Because I do like Leo, I do know that he's just looking out for me, and I want this to work. And I really try to always be honest.. somewhat because I'm a horrible liar, and somewhat because I know that you can't really have a relationship like this without honesty... oh and because I knew it'd really really upset him if he found out that I'd lied to him about it.


Not that it mattered. Because he asked me. When we were walking down the street. I'd caught the subway to the part of NYC where the hotel we go to is, and we met up, and were walking to the hotel. And we said our "heys" and stuff, and he put his arm around my shoulder and then we started talking about what I'd done and how much I wanted to smoke. And then he said "when was the last time you smoked?"

And I gulped, and said "Sunday."

OMG. You have no idea the look he gave me and the sudden increase in heart rate that I experienced. He said "Sunday?" and I nodded weakly and I could tell that he was pissed.... he just walked off, really fast, not saying a word to me. I muttered a pathetic "I'm sorry" but he didn't really want to hear it, so I just followed him, trying to keep up. I swear, it was the longest 3 blocks of my life.

We got to the room and I walked in first, sitting my bag down and turning around to see that he was right behind me (or, um, in front of me now I guess). He sat his bag down, too, and just looked down at me... My stomach was twisted all into knots and I was finding it really hard to breathe. Without a word, he unbuttoned my jeans and unzipped them, then tugged them down to my knees... my panties following shortly after... and then he sat down on the bed and grabbed my arm, pulling me over his lap. And just started spanking me with his hand... harder than he'd ever spanked me before. No warm up or anything. Almost full force hand spanking. It took no time for me to be squirming and crying and apologizing. And he asked me why I was crying. And I told him because I felt horrible for letting him down and for everything. Because I knew that I shouldn't have smoked, but I did anyway.

I guess the hand spanking lasted 10-15 minutes... or maybe that's just how long it felt. He helped me up and pointed to where he wanted me to do my corner time, and told me to take off everything. It was horrible, awful, the most embarrassing thing ever. I first kicked off my pants and panties, then whined, to which he responded by saying that he'd told me to remove ALL of my clothing, and I whined again and did as told, then was instructed to kneel. Ugh, it felt like I was there forever, but it was really like 3 minutes maybe. He told me to put my top back on and lie on the bed... and that's when he got the cord out, which I'd been spanked with before, so don't freak out lol. Holy crap it hurt so much. And he spanked me with that for a bit, then lay down next to me.

This part was totally like a scene out of a story lol.

He asked me about the smoking, why I'd done it, and told me why he didn't want me to do it, as if I hadn't heard that lecture already. He told me to look at my bottom in the mirror, and I did (it was ugly!) and he asked if I liked seeing it that way, and I told him that I didn't, and he said that he didn't like doing it either... that while he did like spanking me, he liked it in good fun, like the last time, and that he absolutely hated being so hard on me (okay maybe that's not like something out of a story, but whatever). Then I lay back down next to him and he scolded me a bit more, reminding me to look him in the eyes.

It was so intense... Like nothing I've ever experienced before ever. I can't stop thinking about it... esp the first part, where he pulled down my pants and put me over his lap. Ugh. It's so weird ya know, to finally find what I've been looking for in someone who's close by :)
Posted by Breanna at 11:55 AM